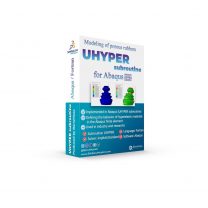 UHYPER Subroutine: Modeling Porous Elastomers with Abaqus/Standard $ 70.00
Back to products
Next product 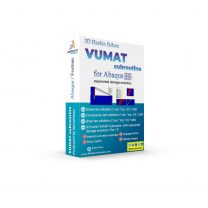 In this product, The modified GTN model proposed by Gatea et al. was implemented in Abaqus software using VUMAT subroutines. In this model, in addition to the original GTN model, the effects of plastic anisotropy and shear have been added to increase the accuracy of solving this damage model.

What is the GTN damage model?

The ductile damage model and Gurson damage model are the two most popular models used in FE simulation to model ductile fracture of metal and polymeric materials. The Gurson-Tvergaard-Needleman (GTN) model is a material plasticity model in which the accumulation of ductile damage is represented by the nucleation, growth, and coalescence of microvoids.
The basic yield function of the GTN model is:

The GTN damage model has a total of nine parameters, which need to be calibrated for a given material. The GTN model is just one model from a particular class of pressure-dependent plasticity models in which the response is dependent on the development of the hydrostatic stress as well as the deviatoric stress tensor. In the model, the micro-voids are represented by a continuous internal variable, the void volume fraction, f.

A modified Gurson–Tvergaard-Needleman (GTN) damage model was developed with the consideration of shear to predict ductile fracture in the (single point incremental forming) SPIF process due to void nucleation and coalescence with results compared with the original GTN model in SPIF.

The model has been implemented in full for the ABAQUS finite element code. It supports fully the nucleation, growth, and coalescence of voids, and differs from the porous plasticity model provided in ABAQUS/Standard. The model has been implemented as a Fortran 90 subroutine for use with the Abaqus/explicit (VUMAT) Finite Element code. It has a number of additional features and offers an alternative to the built-in porous plasticity model in ABAQUS. As well as predicting the void volume fraction, the model calculates the microscopic equivalent plastic strain in the fully dense material, the partitioning of the elastic and plastic strains, and the stress in the material. Integration of the constitutive equations is carried out using the backward Euler method. The incremental forms of the rate equations are nonlinear and coupled together, and robust numerical techniques are required to solve them.

In this work, a modified Gurson–Tvergaard-Needleman (GTN) damage model based on Gatea et al. paper was developed with the consideration of shear to predict ductile fracture in the SPIF process due to void nucleation and coalescence with results compared with the original GTN model in SPIF.  the main motivation of this study is to develop a GTN based model and to investigate its accuracy and effectiveness in predicting the ductile fracture in SPIF processing of typical truncated cone and pyramid shapes. In the original GTN model, the increment of void volume fraction is measured based on the nucleation and growth of voids. In this study, the Nahshon-Hutchinson type shear mechanism was incorporated in the GTN model to take into account the effect of shear in the increment of void volume fraction.

Advantages of the modified

GTN damage parameters for 14 engineering materials to use this criterion are available in Abaqus software. By purchasing this product, you will also receive these parameters.

Additional information
Shipping & Delivery
All products available in the site store come with a guarantee of customer satisfaction. The products can be used immediately after purchase through the download link. There is also online consulting for all customer reassurance products. Before buying, you can also talk to our experts in BanuMusa and buy from the store according to your needs. Ways to contact us: WhatsApp / Telegram: 0098-915-5520-388 E-mail: info[@]banumusagr.com Phone: 0098-51-35424520 Purchasing methods: Master Card, Visa Card, PayPal, Cryptocurrencies
Content

The topics covered in this product

There are no reviews yet. VUMAT for the Johnson, Holmquist, and Beissel (JHB) And Johnson-Holmquist (JH-2) ceramic model

$ 99.00
In this training package, you will learn how to use Built-in VUMAT subroutines in Abaqus to predict brittle materials (e.g. ceramic materials) damage using Johnson, Holmquist, and Beissel (JHB) and Johnson-Holmquist (JH-2) ceramic model. Also, 5 practical workshops show you how to define and use the subroutine, how to configure the model in Abaqus/CAE, and how to visualize the results.
Add to wishlist
Add to cart
Quick view

$ 70.00
This ABAQUS UHYPER subroutine implements the hyperelastic energy density derived for the macroscopic elastic response of non-Gaussian elastomers weakened by an isotropic and non-ercolative distribution of equiaxed pores. This result is valid for any choice of I1-based incompressible energy density characterizing the non-Gaussian isotropic elastic response of the underlying elastomer. 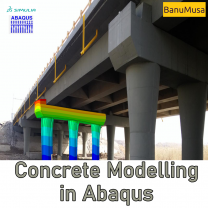 $ 385.00
In this training package, we have tried to cover all the tips and tricks that are required by the user when modeling concrete structures. Material models available in the Abaqus and its parameters are described. Also, the modeling methods of rebars and reinforcements are expressed one by one and the strengths and weaknesses of each are examined. Finally, in 3 comprehensive examples in the field of explosion, fire, and connections, these cases are used in practice.
Add to wishlist
Add to cart
Quick view 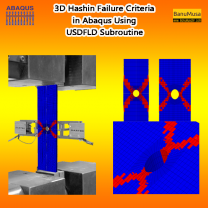 $ 124.00
USDFLD Subroutine 3D Hashin: In this training package, you will learn how to use user-defined field variables or USDFLD subroutines in Abaqus to predict composite damage using 3D Hashin failure criteria. Also, a practical example shows you how to write the subroutine, how to configure the model in Abaqus/CAE, and how to visualize the results. Finally, the performance of the code is validated with the Chang & Lessard failure criterion which is available in Abaqus documentation. 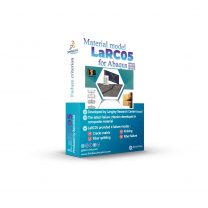 Rated 5.00 out of 5
$ 30.00
In this training video, first, an introduction to failure criteria is given. Then, the formulation and theory of failure criterion (LaRC05) are explained and the methods of using it in Abaqus software are examined. 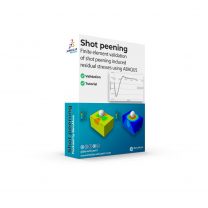 Rated 5.00 out of 5
$ 85.00
This package describes a three-dimensional dynamic finite element (FE) study of single-shot impacting on a metallic component using Abaqus/CAE software. The prediction is validated by comparison with results from the published literature by Meguid et al. (1999).
Add to wishlist
Add to cart
Quick view 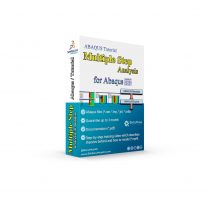 Rated 5.00 out of 5
$ 65.00
In this training package, you will learn how to transfer the results of heat transfer analysis, such as thermal stress, from the Abaqus/ standard to impact analysis in Abaqus/explicit as an initial condition. You will learn the limitations, technical tips in modeling, as well as a practical example for low-velocity impact analysis on a composite plate. 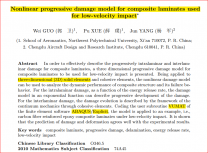 In order to effectively describe the progressively intralaminar and interlaminar damage for composite laminates, a three-dimensional progressive damage model for composite laminates to be used for low-velocity impact is presented. it is based on continuum damage mechanics (CDM) and was developed and implemented in the user subroutine of ABAQUS explicit, VUMAT. the nonlinear damage model can be used to analyze the dynamic performance of the composite structure and its failure behavior. For the intralaminar damage, as a function of the energy release rate, the damage model in an exponential function can describe the progressive development of the damage. VUMAT subroutine is validated by well-known papers and can be used in any simulation.

This project and similar projects have been reviewed for َAbqus Hashin damage models in various materials such as composites. Our engineering team has the ability to design and perform similar calculations, and you can contact our expert team via email and the site. Hashin damage Abaqus is commonly used in fiber-reinforced composite materials. Hashin damage model in Abaqus software has 4 different models: