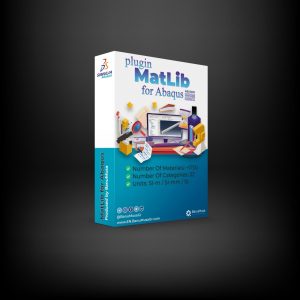 This package describes a three-dimensional dynamic finite element (FE) study of single-shot impacting on a metallic component using Abaqus/CAE software. The prediction is validated by comparison with results from the published literature by Meguid et al. (1999).

Shot-peening is a cold working process used to impart compressive residual stresses in the exposed surface layers. Also, it is used mainly to improve the fatigue life of metallic components.

Results are accomplished by bombarding the surface of the component with small spherical shots made of hardened cast-steel, conditioned cut-wire, and glass or ceramic beads at a relatively high velocity (40±70 m/s). After contact between the target and the shot has ceased, a small plastic indentation is formed causing stretching of the top layers of the exposed surface.

Upon unloading, the elastically stressed sub-surface layers tend to recover their original dimensions, but the continuity of the material in both zones, the elastic and the plastic, do not allow this to occur. Consequently, a compressive residual stress field followed by tensile is trapped in the treated component. This surface compressive residual stress field is highly effective in preventing premature failure under conditions of cyclic loading. Fatigue failure generally propagates from the upper-most surface of the component and usually starts in a region that is subjected to high tensile stresses.

Despite its importance to the aerospace and automobile industries, little or no attention has been devoted to the accurate modeling of the process. Shot peening is a very complex process to model numerically, involving dynamic analysis of fast-moving shot impacting on a metallic component which can often have complex geometry. There are a significant number of parameters involved in shot peening that need to be controlled and regulated in order to produce a more beneficial compressive residual stress distribution within the component.

The process parameters include mass flow rate, air pressure, angle of attack, the distance between nozzle and component, and percentage coverage. In order to control the resulting residual stress pattern in peened components, it would be highly beneficial to establish quantitative relationships between these parameters and residual stress characteristics.

This package describes a three-dimensional dynamic finite element (FE) study of single-shot impacting on a metallic component using Abaqus/CAE software. The prediction is validated by comparison with results from the published literature by Meguid et al. (1999).

Add a review Cancel reply
Shipping & Delivery
All products available in the site store come with a guarantee of customer satisfaction. The products can be used immediately after purchase through the download link. There is also online consulting for all customer reassurance products. Before buying, you can also talk to our experts in BanuMusa and buy from the store according to your needs. Ways to contact us: WhatsApp / Telegram: 0098-915-5520-388 E-mail: info[@]banumusagr.com Phone: 0098-51-35424520 Purchasing methods: Master Card, Visa Card, PayPal, Cryptocurrencies
Content
In this Abaqus training course, you will learn the following:

$ 250.00
MatLib Abaqus material library has been used in various industrial and research projects and has parameters of various engineering materials (such as metal, composite, ceramic, concrete, etc.) with different behaviors (such as elastic, plastic, damage, etc.) and each user can use it in its research and work. This will reduce the time required to determine the parameters of the material, its calibration, ensuring its accuracy and the like, and the time required to perform the simulation will be greatly reduced. 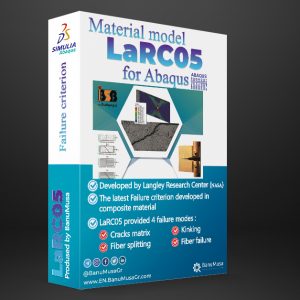 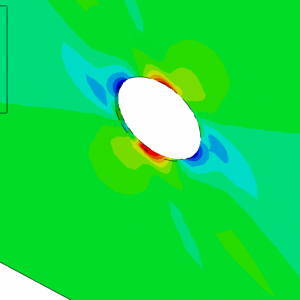 Rated 4.00 out of 5
$ 30.00
In this training video, first, an introduction to failure criteria is given. Then, the formulation and theory of failure criterion (LaRC05) are explained and the methods of using it in Abaqus software are examined. 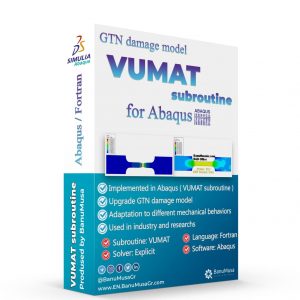 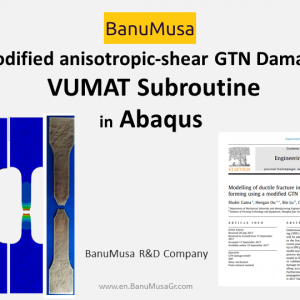 $ 275.00
In this product, The modified GTN model proposed by Gatea et al. was implemented in Abaqus software using UMAT and VUMAT subroutines. In this model, in addition to the original GTN model, the effects of plastic anisotropy and shear have been added to increase the accuracy of solving this damage model. 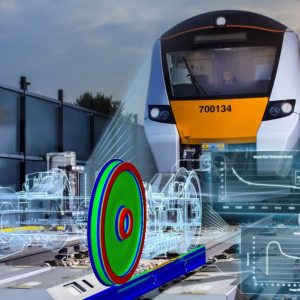 ABAQUS Tutorial: Stress analysis of rolling contact of a wheel with the UIC60 profile rail

$ 99.00
Modeling the rotation of a train wheel on a rail has tips that are trained in this tutorial video. In addition to the tutorial video , the abaqus files and their results will be provided to you so that nothing will remain unclear to you. In addition, all trainings include free online response after purchase. 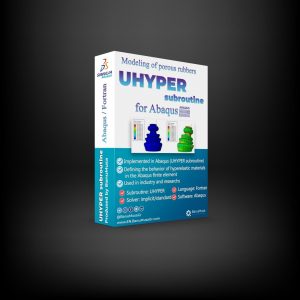 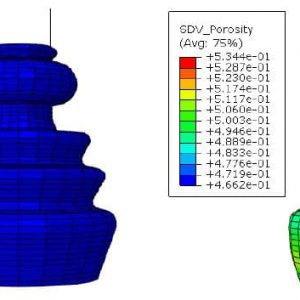 $ 55.00
This ABAQUS UHYPER subroutine implements the hyperelastic energy density derived for the macroscopic elastic response of non-Gaussian elastomers weakened by an isotropic and non-ercolative distribution of equiaxed pores. This result is valid for any choice of I1-based incompressible energy density characterizing the non-Gaussian isotropic elastic response of the underlying elastomer. 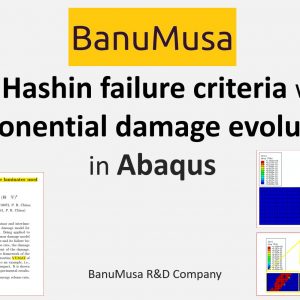 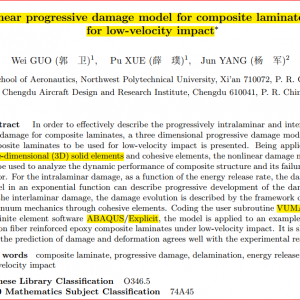 Rated 3.00 out of 5
$ 399.00
In order to effectively describe the progressively intralaminar and interlaminar damage for composite laminates, a three-dimensional progressive damage model for composite laminates to be used for low-velocity impact is presented. it is based on continuum damage mechanics (CDM) and was developed and implemented in the user subroutine of ABAQUS/explicit, VUMAT. the nonlinear damage model can be used to analyze the dynamic performance of the composite structure and its failure behavior. For the intralaminar damage, as a function of the energy release rate, the damage model in an exponential function can describe the progressive development of the damage. VUMAT subroutine is validated by well-known papers and can be used in any simulations.